Find more information on the project, its background, purposes, as well as the experts involved.

The EU–Central Asia Platform on Environment and Water Cooperation was established in 2009, with Italy as lead country, as the reference framework for the cooperation between EU and Central Asian countries in the field of environment, water and climate change. The EU renewed the project “European Union – Central Asia Water, Environment and Climate Change Cooperation (WECOOP)” in October 2019 to run for three and a half years.

The project will continue strengthening the policy dialogue on sustainable development between the Central Asian countries, and to facilitate their cooperation with the EU on environment and climate change. Specifically, the project efforts will be focused on improving and rationalising policies and enhancing the capacities of national ministries and government agencies working in the relevant fields.

The WECOOP project aims to enhance environment, climate change and water policies in Central Asia through approximation to EU standards and to promote green investments in relevant sectors with the aim of contributing to measurable reductions in man-made pollution, including CO2 emissions.

The Platform is a framework for the implementation of the EU–CA Cooperation on water and environment, based on the EU Strategy for Central Asia agreed with the CA countries. The priorities for the Platform were first agreed at the third EU–Central Asia High-Level Conference in Rome in 2009 and subsequently confirmed at the High-Level Conferences in Bishkek (2013), Milan (2015), and Tashkent (2019).

In May 2019, the European Commission and the High Representative of the Union for Foreign Affairs and Security Policy issued the Joint Communication on a new EU Strategy on Central Asia entitled “The EU and Central Asia: New Opportunities for a stronger partnership”. Adopted by the Council of the European Union on 17 June 2019, the Strategy defines 3 interconnected priorities on Resilience, Prosperity and Working together and has specific objectives on “Enhancing Environmental, Climate and Water Resilience”.

The objective of WGECC is to enable and facilitate the policy dialogue between the EU and CA countries and within the CA region to enhance cooperation, as well as to support progress on environment and climate change issues. The WGECC meetings define common priorities for exchange and sharing experiences.

Throughout the project duration, up to April 2023, the EU and the Central Asian countries will regularly meet at WGECC sessions to update the partners on their perspectives on environment protection, climate change adaptation and agree on joint actions.

This project is funded by the European Union and implemented by a consortium led by Stantec including as consortium partners Estonian, Latvian & Lithuanian Environment (ELLE), ACTED and Kommunalkredit Public Consulting.

Dr Krutov has over 30 years of experience in development of projects technical approaches, implementation planning, establishment of beneficiary partnerships, and supervision of international development programmes and projects funded by IFIs, including the World Bank, Asian Development Bank, EU, UN, and SDC aid agencies.

Holding a MSc in Inorganic Chemical Technology, a PhD in Nuclear Fuels Technology, and a post-doc diploma in Engineering Mathematics, Dr Bizek has 38 years of combined professional experience in science, in state administration in the environmental sector (including 5 years as Deputy Minister of Environment of the Czech Republic) and in environmental consultancy.

Ms Smagulova holds an MA in Media and Public Relations degree and has over 5 years of experience in promoting environmental and climate awareness and organizing events in the EU and Central Asia for the EU and UNDP development projects.

WECOOP phases I and II documents 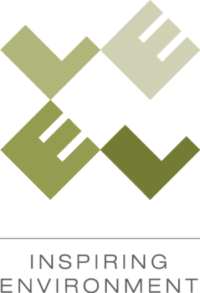